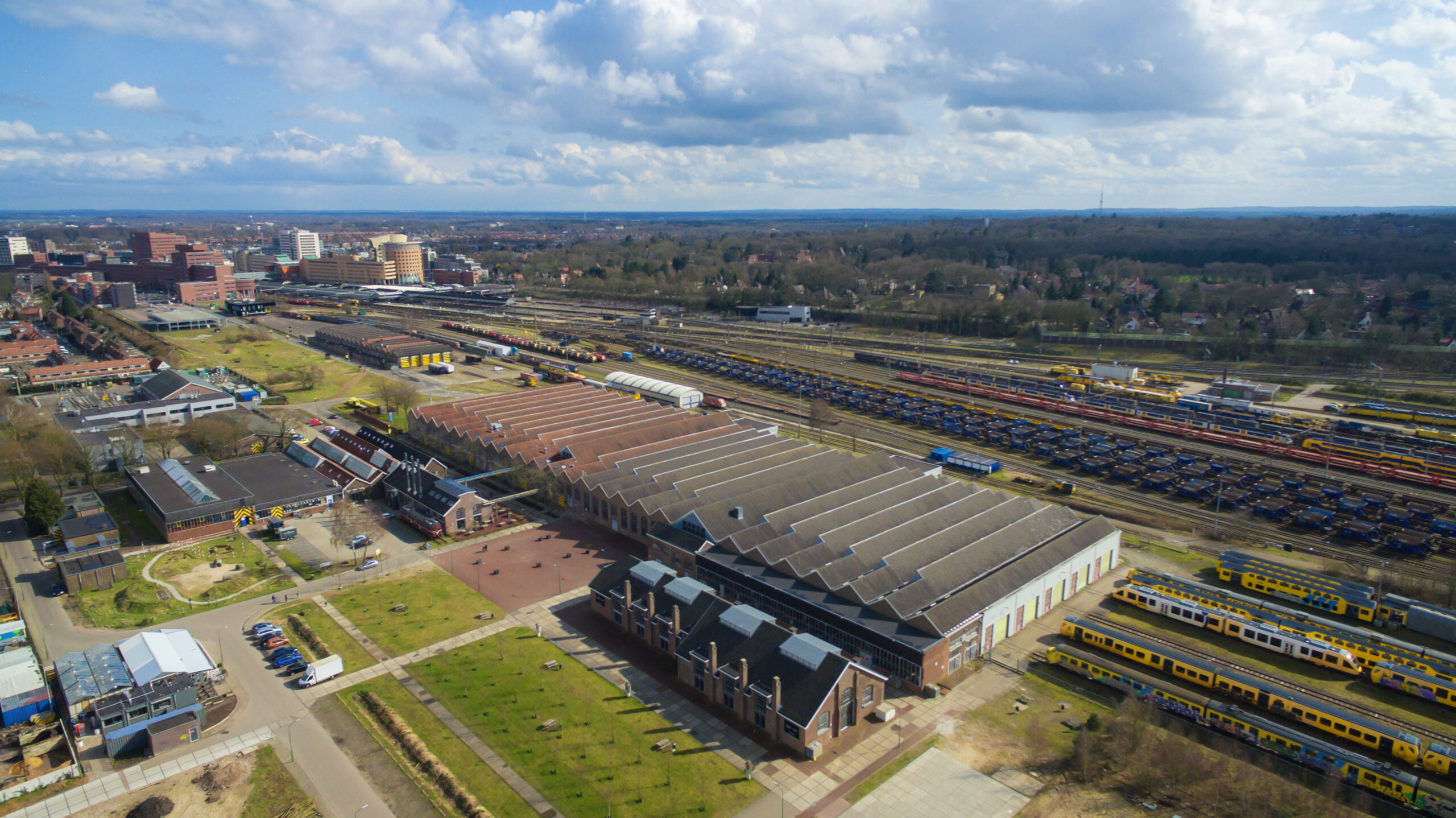 Wagenwerkplaats in Amersfoort is a site of the Hollandsche IJzeren Spoorweg-Maatschappij (HIJSM), which was built in 1904 for the repair of railway equipment. Maintenance and repair of freight wagons took place on the site at 244 Soesterweg in the Soesterkwartier. The workshop was transferred to the Dutch Railways in 1938, was in use until 2000 and belongs to the industrial heritage of Amersfoort. The workshop was put in the spotlight by ‘Siesta’ (Stichting Industrieel Erfgoed in de Stad Amersfoort) and designated as a national monument in 2007. Since about 2002, initiatives have been taken to give the site a new purpose, while preserving the industrial monuments that still exist.