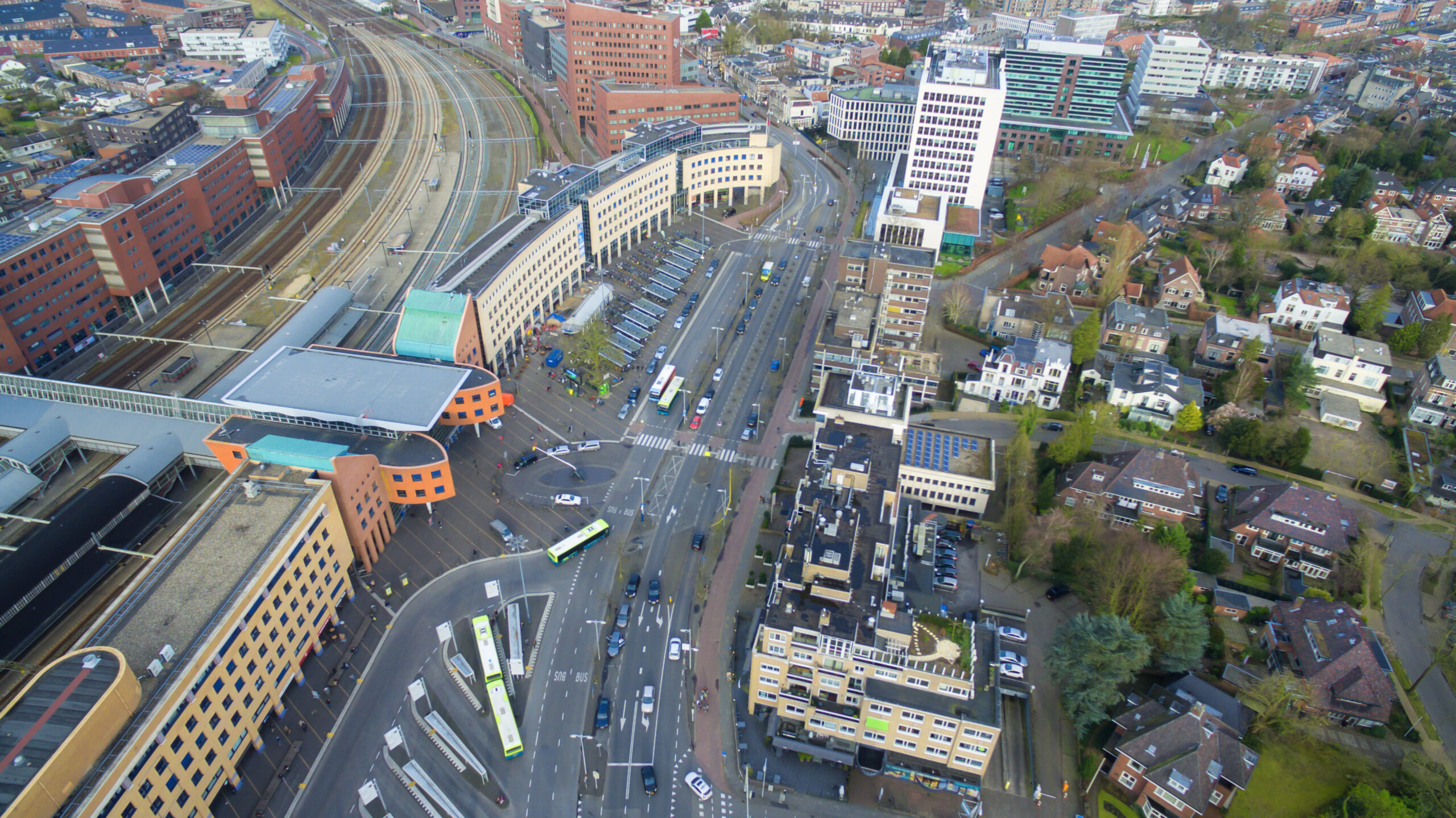 Amersfoort Central Station is the main railway station in Amersfoort and an important rail transport hub between the Randstad and the Northern and Eastern Netherlands. The station building dating from 1901 was replaced by new construction in 1997. The historic buildings on the second platform were maintained. A third island platform was added and later a rear entrance on the side of the Soesterkwartier, which could be redeveloped due to the disappearance of part of the railway yard at this location. Because the trains to the Randstad depart from the third platform from now on, the customer potential for the station restoration in the historic buildings on the second platform was reduced. NS stations later largely abandoned the concept of station restaurants. Since this time, restaurants have been commercially operated on this second platform on a private initiative. Amersfoort has been an important junction for intercity trains from the Randstad to the northern provinces and Twente since Spoorslag ’70, referred to in technical jargon as the ‘North-East’. By means of cross-platform transfers in Amersfoort, there are connections every half hour between Amsterdam, Schiphol, The Hague and Rotterdam on the one hand and Leeuwarden/Groningen/Enschede on the other. However, with the opening of the Hanzelijn in 2012, connection and transfer times in Amersfoort have been extended in favor of Zwolle. The number of direct trains has decreased, because the connections from The Hague with Leeuwarden and Groningen are offered via (Schiphol and) the Hanzelijn instead of via Amersfoort. There are also slow trains and sprinters in the directions of Amsterdam, Utrecht, Zwolle and Ede-Wageningen (Valleilijn).