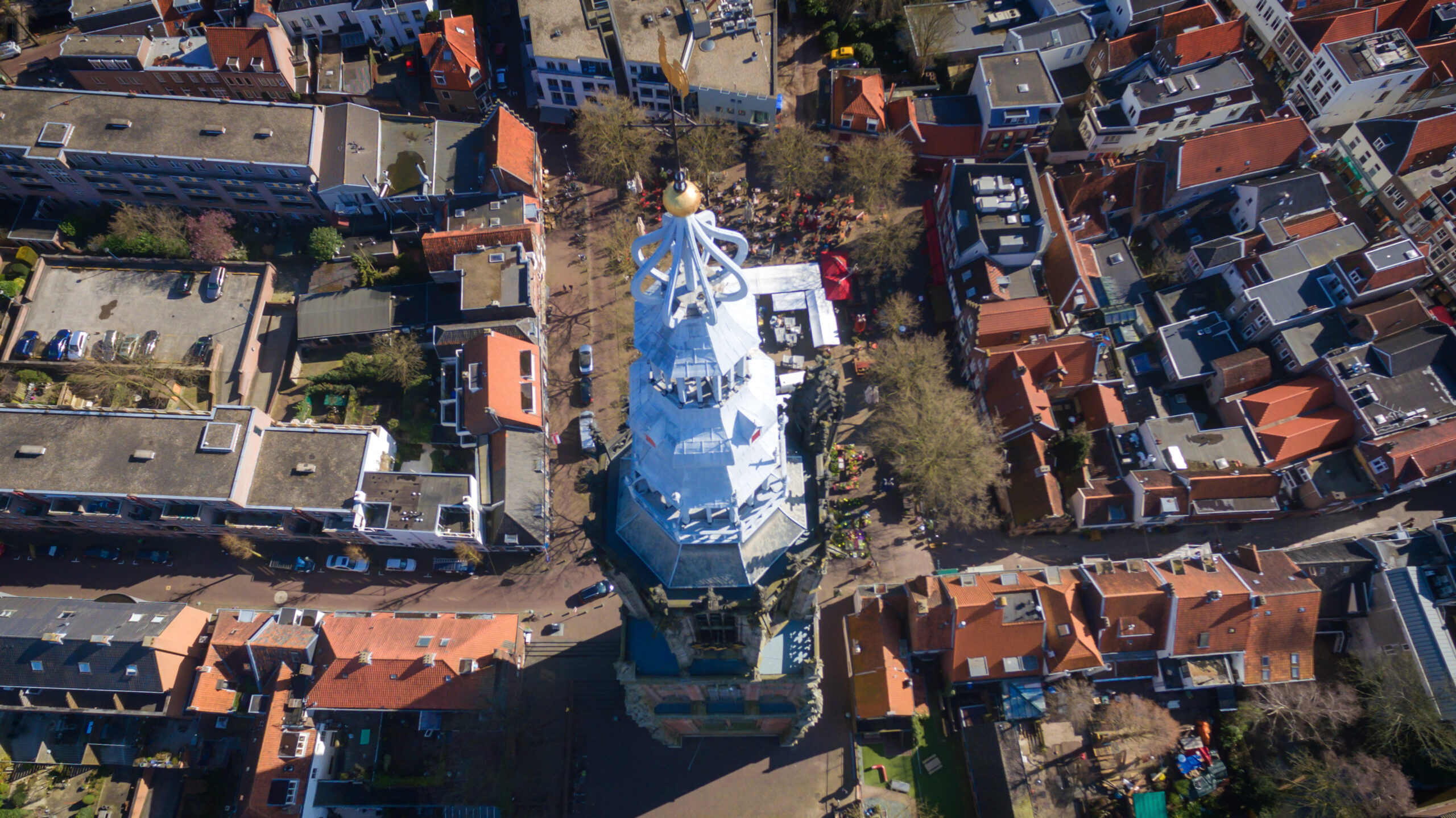 Onze Lieve Vrouwetoren is a church tower in Amersfoort. The late Gothic building is 98.33 meters high (measured to the rooster) and rises high above the city center. This makes it one of the most eye-catching monuments in the city and is the third highest church tower in the Netherlands. The tower is nicknamed “Lange Jan”. Originally the tower belonged to a church that disappeared in the 18th century. The tower is the central point of the Dutch map projection of the National Triangulation Survey (with coordinates +155 000 m +463,000 m).