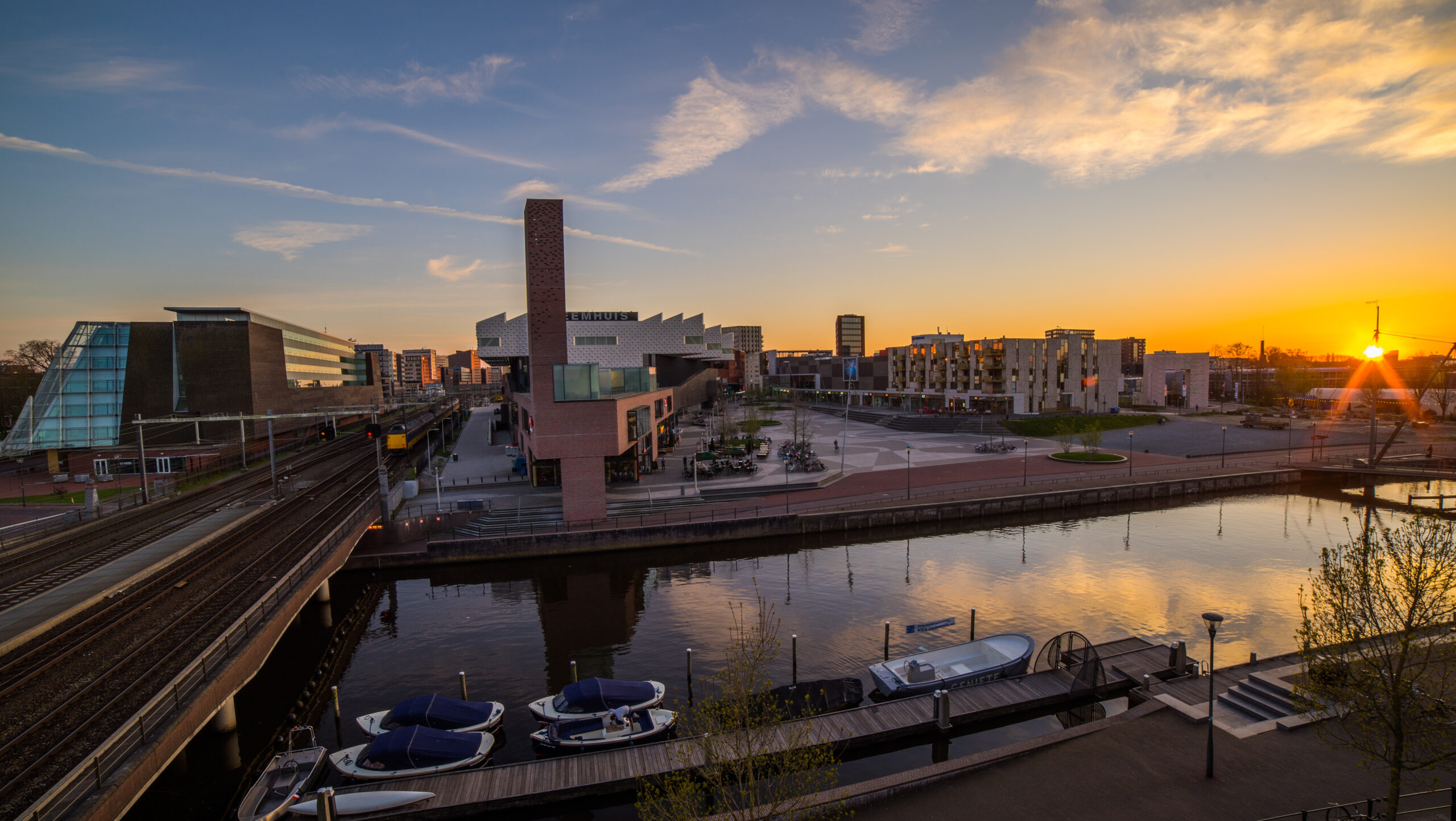 Eemplein is a square in the Dutch city of Amersfoort, which was completed in 2012. The purpose of the construction of the square was to create a second city center north of the current city center. The Eemplein is located in the Eemkwartier on the river Eem, adjacent to the railway. The Eemhuis was built in the Dutch city of Amersfoort to house four cultural institutions. Eemland Library, Eemland Archives, Schools in the Arts and Kunsthal KAdE have been housed together from May 1 2014 in this new building on Eemplein. On the banks of the Eem, an extension of the historic city center of Amersfoort has been realized here, of which the Eemhuis is the most striking element. In the first year after the opening, the Eemhuis attracted approximately 1 million visitors.