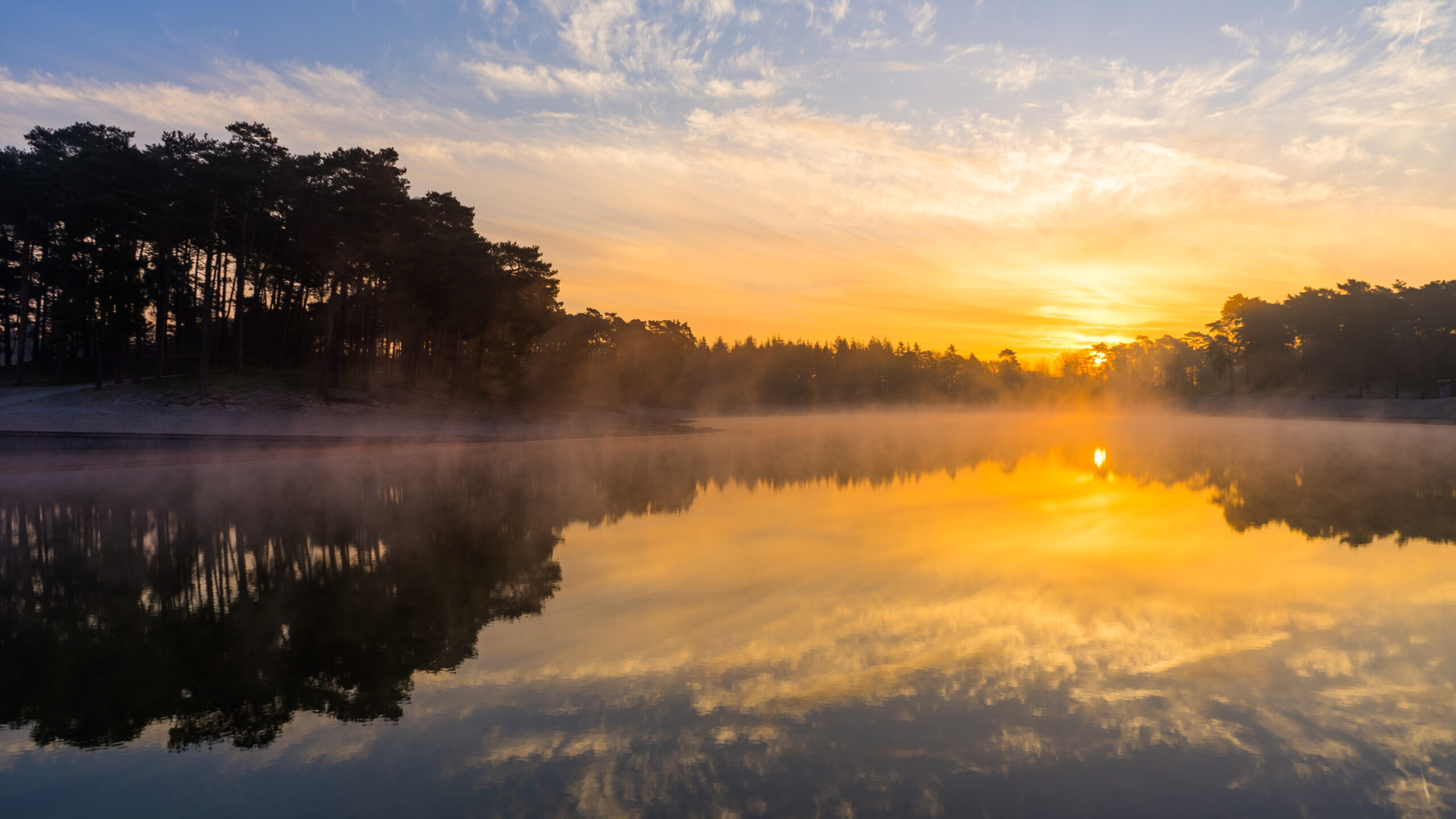 Henschotermeer is a recreational lake of approximately 70 hectares, of which 13 hectares are water. The lake is located in Woudenberg near Amersfoort, in the Henschoten estate, part of Den Treek-Henschoten. About 600,000 visitors come every year. This number is significantly lower since access has to be paid from 2020 onwards. Until 1895 the lake was a large sand drift. To prevent the meadows and roads from disappearing under the drifting sand, the sand drifts were covered with sods and heather. Trees were planted between the sods. The lake was created in the early 1930s with sand extraction for the construction of the A12 highway and later the Grebbelinie. Afterwards (1972) the pool that was created during that time was deepened and enlarged to serve as a swimming pool. There is an island in the lake, which is connected to the beach by two wooden footbridges. Around the lake is a recreation area where you can go for a walk. In winter, if it has sufficiently frozen, you can skate. The Henschotermeer is accessible from sunrise to sunset.